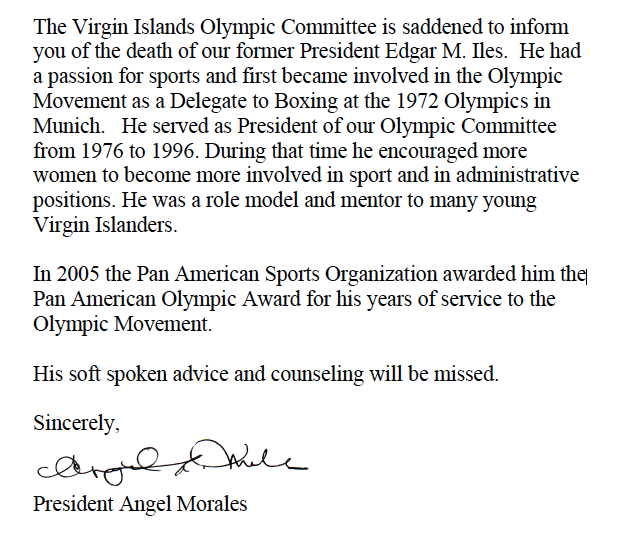 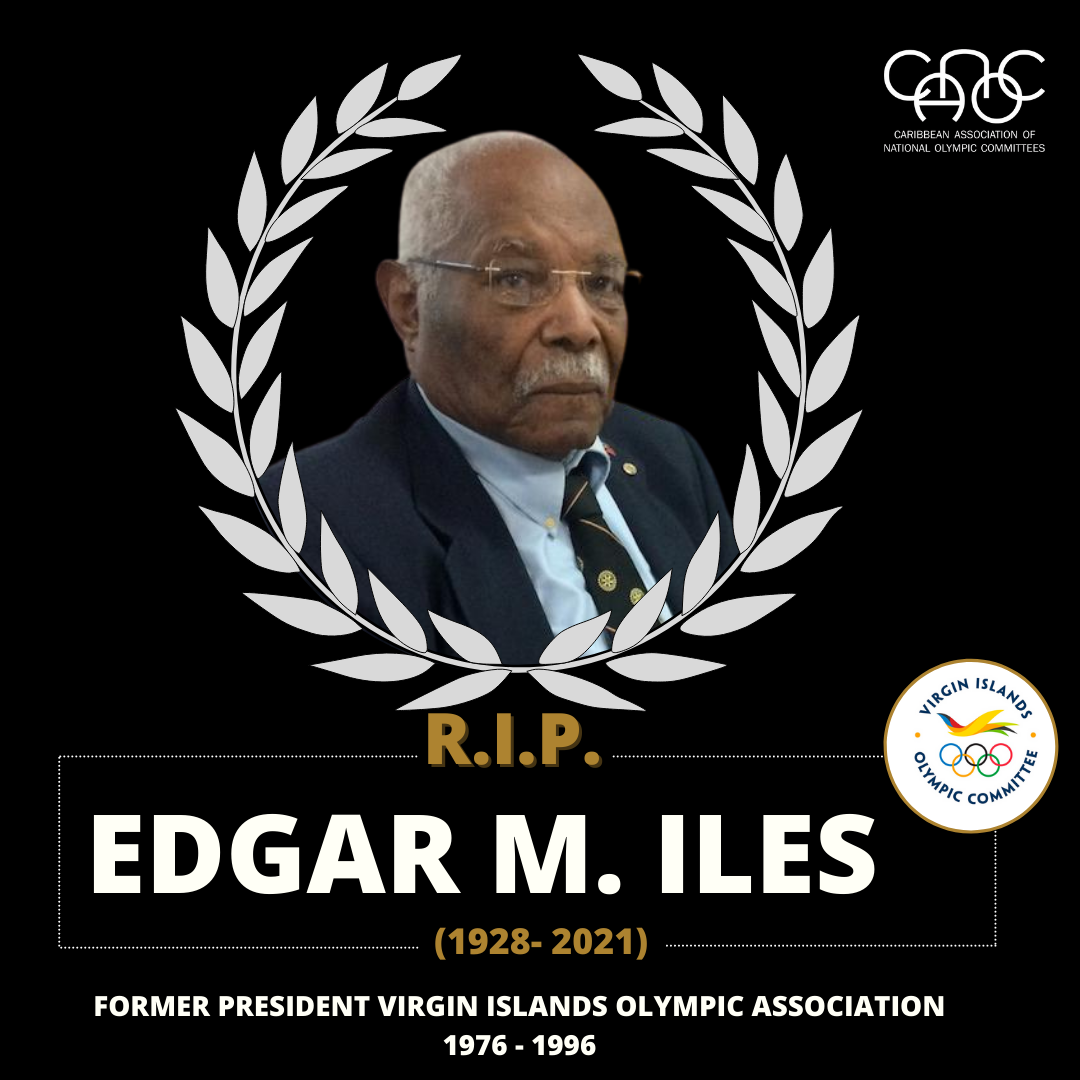 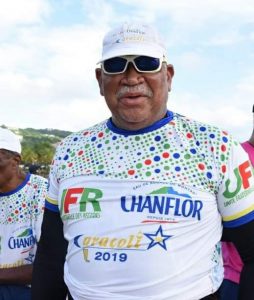 Born 25 September 1950, in Fort de France, Martinique, Clement Marie played soccer, handball and later, became involved in motorsport. In the case of the latter he was president of the Motor Sport Club of Martinique (ASA Tropic) since 2019 until his death. 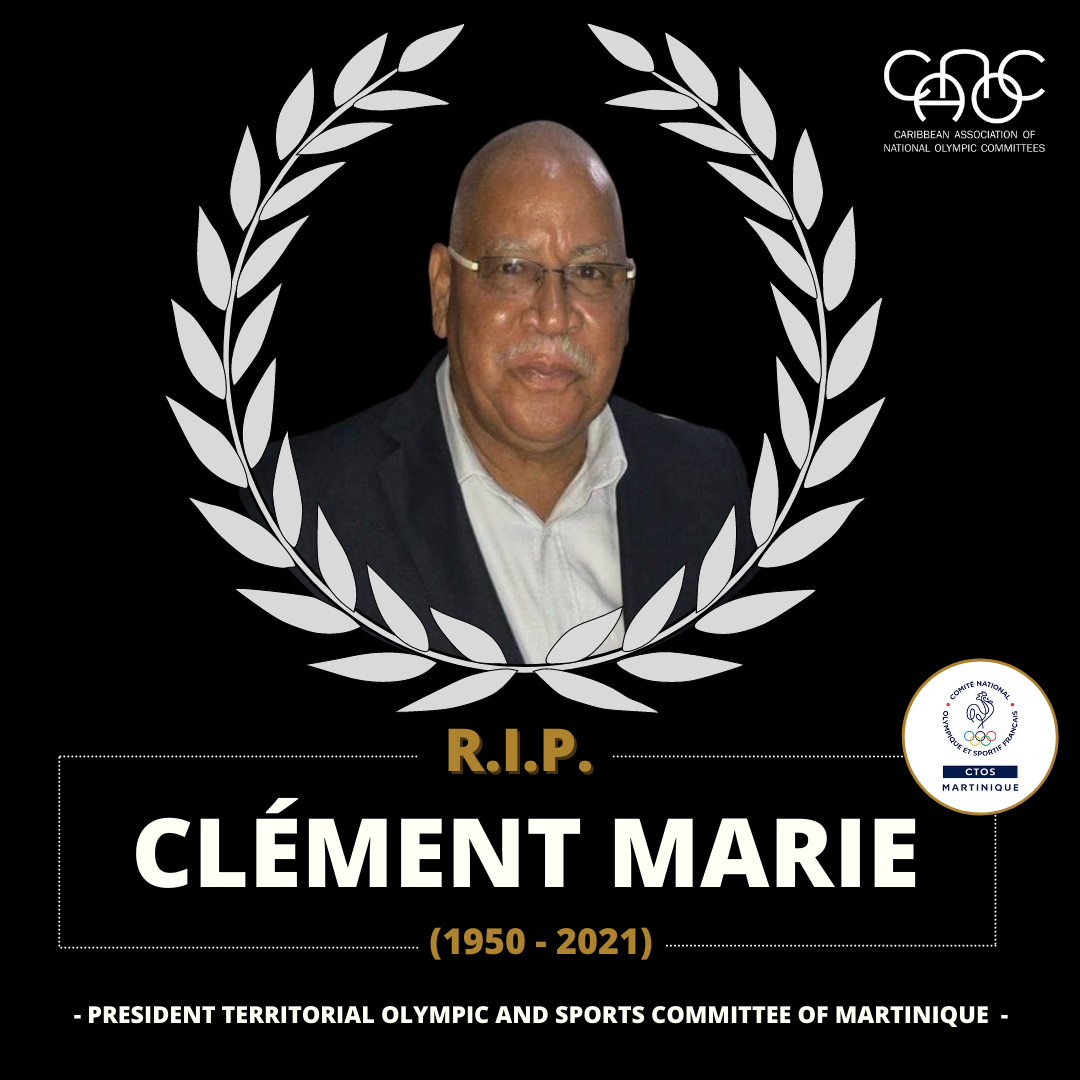 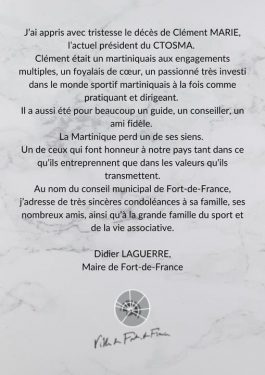 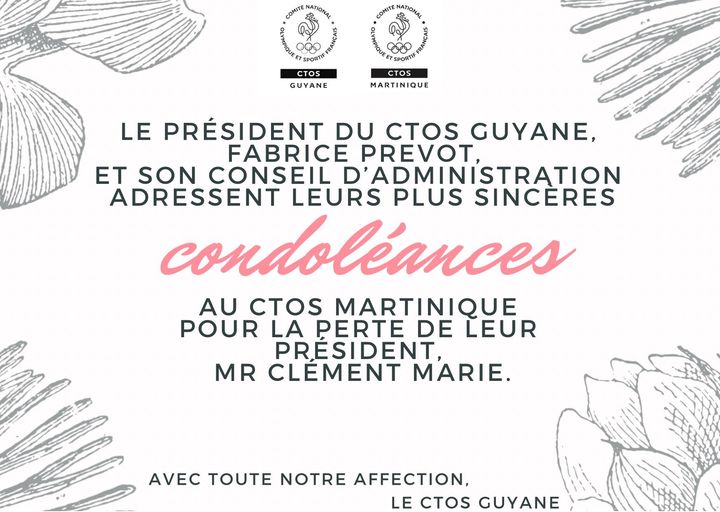 It is with deepest regrets that the Board of the former Netherlands Antilles Olympic Committee (NOC-AHO) informs you of the passing away of our NOC President on Saturday 20th of June 2020.

Mr. Millerson brought a high level of expertise and love for sports to his country and to the national and international sports community …

The country has lost a true leader who has served in a prominent public representative position and in numerous national and international multi sport organizations. Curaçao in general and athletes and sport administrators all over the world in particular who benefitted from his Karate guidance and leadership sympathize with his family during this difficult time.

The Executive Board of the former Netherlands Antilles Olympic Committee knows that our president had many friends in the PASO/ODEPA region during his presidency in the period 1997 – 2013. His legacy will continue, and we pray that we are able to find the strength to rise above the extremely sad situation and are thankful for his contribution to both the national and international sports community. 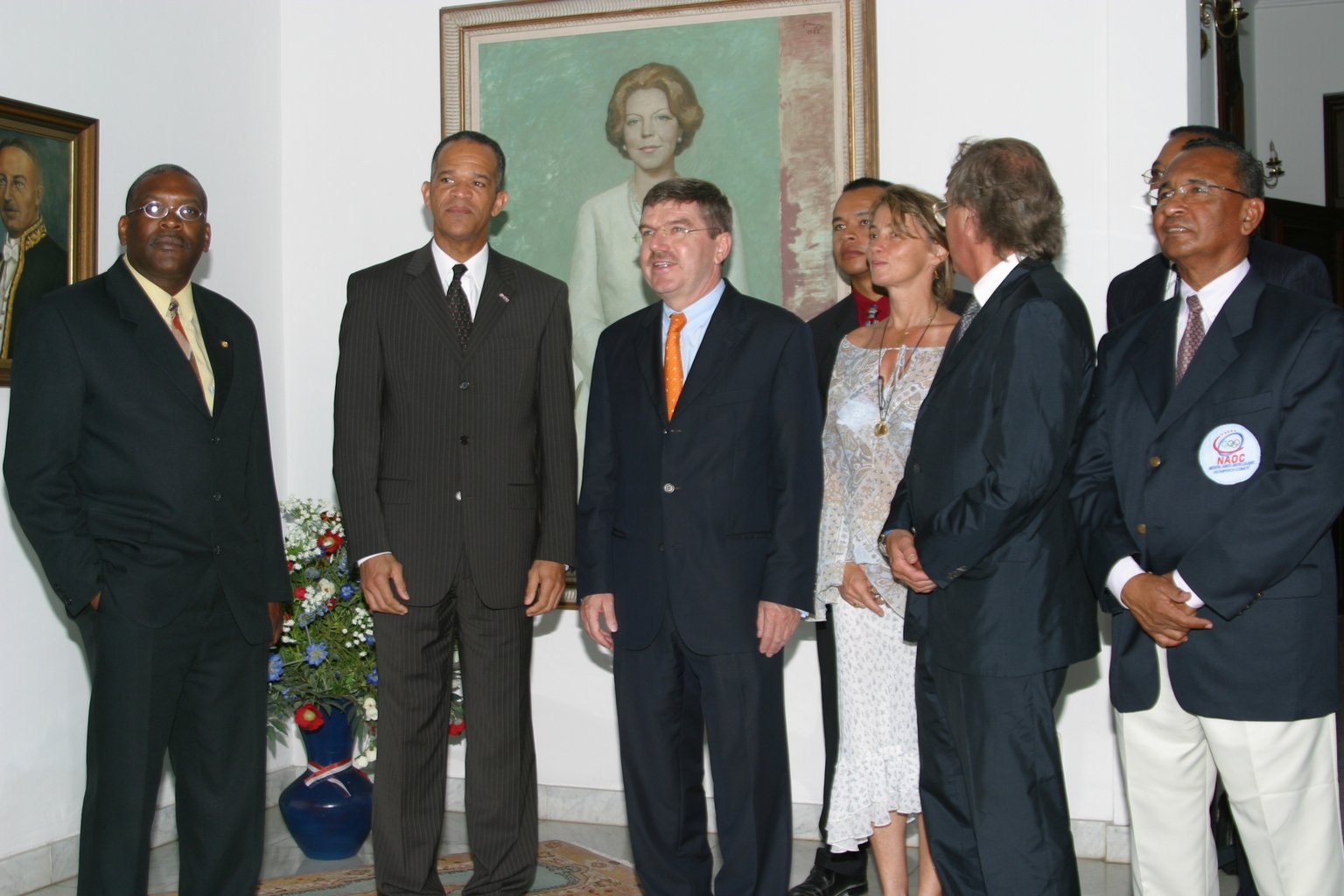 In the picture, William Millerson is on the left, during a visit of Mr. Thomas Bach to Curaçao in 2003.

The Board of the former Netherlands Antilles Olympic Committee 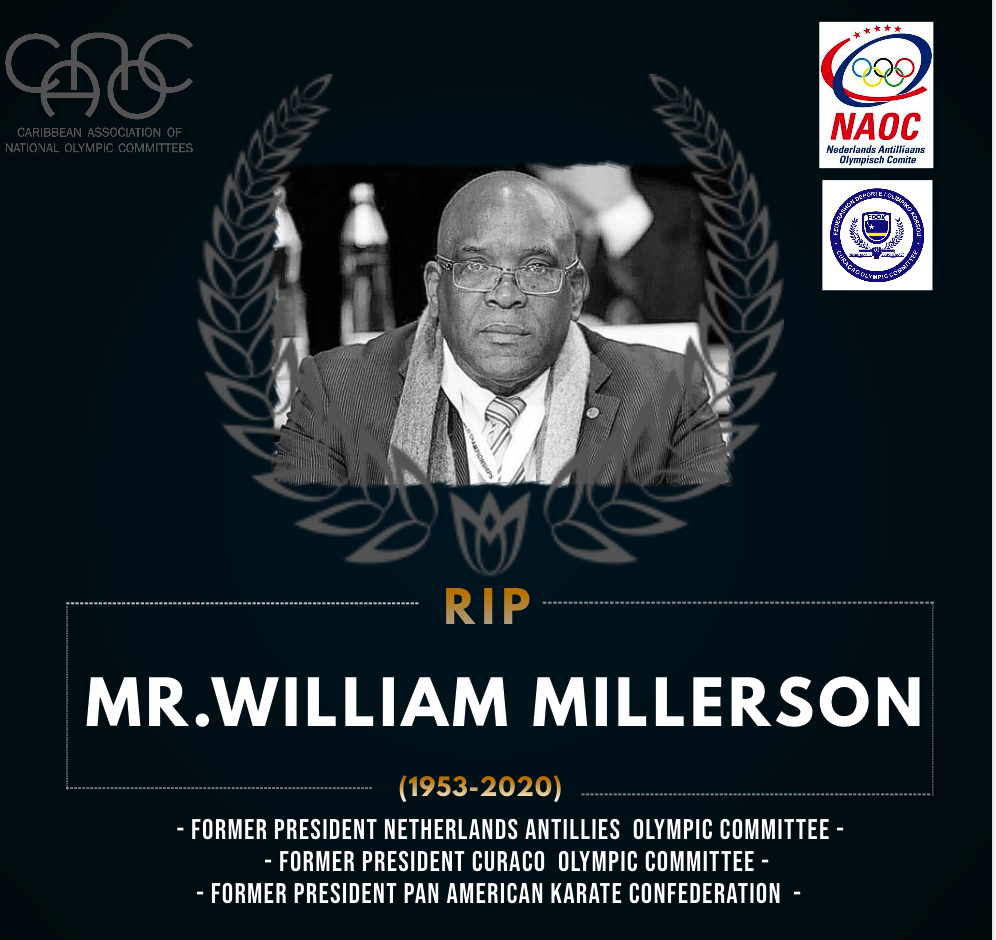 Tribute to Ralph “Bruggadung” Johnson, GCM from The Executive Board of the BOA 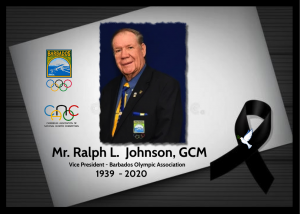 The Barbados and regional sports and business communities were consumed with sadness on learning of the death of Ralph Johnson, GCM, on May 27, 2020 at the age of 80.  “Bruggadung”, as he was well-known, made an indelible contribution to the social and business infrastructure of Barbados and the region.

On the Olympic scene, he joined the board of The Barbados Olympic Association Inc as a Director in 1986 and continued to serve as a director until 1992 when he was elected Vice President, a position he held up to the time of his death. He attended many Summer and Winter Olympic Games, passionately supporting Barbados and regional teams.

Ralph Johnson played a key role in the establishment of the Olympio Online Lotteries in 1995 which was later consolidated into the current Barbados Lottery, an initiative that changed the entire landscape for Olympic sport in Barbados.  As Vice President he chaired a number of Commissions. His passion was the Allocations Commission, which he chaired for many years, leading the review of projects and programmes submitted by National Federations and recommending disbursements of funds generated by the lottery to these sporting bodies.

As a lover of all sport, he was the ultimate “all-rounder”, having competed in basketball, football, water polo and cricket. He was also an accomplished amateur boxer. He loved the sea and was a past President of the Barbados Sailing Association and the Caribbean Sailing Association. He represented Barbados in sailing at the Central American and Caribbean Games and also had the distinction of captaining his 34-foot yacht “Bruggadung” in the ARC Trans-Atlantic Race from Gran Canaria to Bridgetown in 1989.  Bruggadung was first in the 34-foot category and the record of 17 days has not yet been eclipsed.

A national champion water skier, Ralph could also hold his own on the ski slopes of Aspen and of his wife’s home country of Austria.  He was one of the founders of squash in Barbados, serving as the first Treasurer of the Barbados Squash Association, presiding over the same from 1984 to 1987.  He was the first Barbadian to serve as President of the Caribbean Area Squash Association and for his contribution to this sport, was inducted in the Barbados Squash Hall of Fame.  Johnson was also an avid motor sport enthusiast and a spectacular driver. His exploits in the Barbados Rally Club and on the dirt circuits of Barbados are legendary.

He also loved the sport of shooting and was a member of the Barbados Clay Target Club, participating when his schedule permitted.  A keen golfer, he was extremely proud of his son, James, a champion in this sport.  He had the opportunity to watch James represent Barbados when golf was first introduced to the Pan American Games in Toronto in 2015 and the CAC Games in Vera Cruz in 2014.

In the entertainment arena, Ralph Johnson played a role in the success of the Merrymen of Barbados as their Manager and for a time managed the local band the Sand Pebbles.  At the time of his death, he was Chairman of Paul Enterprises, operators of restaurants and entertainment centres.

In business, he was one of the founders of Harris Paints, which soon became a household name, not only in Barbados but in many parts of the Caribbean. At the time of his death he was Chairman Emeritus of the Harris Group. He was also a Director of Automotive Art.

Whether he was playing or striving to enhance sport, commerce or entertainment, Ralph fully enjoyed every moment of his very full and iconic life. His generosity and kindness were renowned; he assisted many causes and individuals and through Harris Paints, he sponsored numerous sports and social activities.

In 1997, he was bestowed with a Gold Crown of Merit by the Government of Barbados for his contribution to sports and business.

The Prime Minister of Barbados, The Honourable Mia Amor Mottley, QC, MP, in paying tribute to Ralph described him as a builder of Barbados; she added, “he was a Bajan by name and by nature and anyone who knew him, knew that what you saw was what you got with him.” Indeed, an apt description of a man whose humility was paramount and who impacted many lives in his unassuming and humourous, but yet deeply thoughtful, manner. He will be sorely missed. 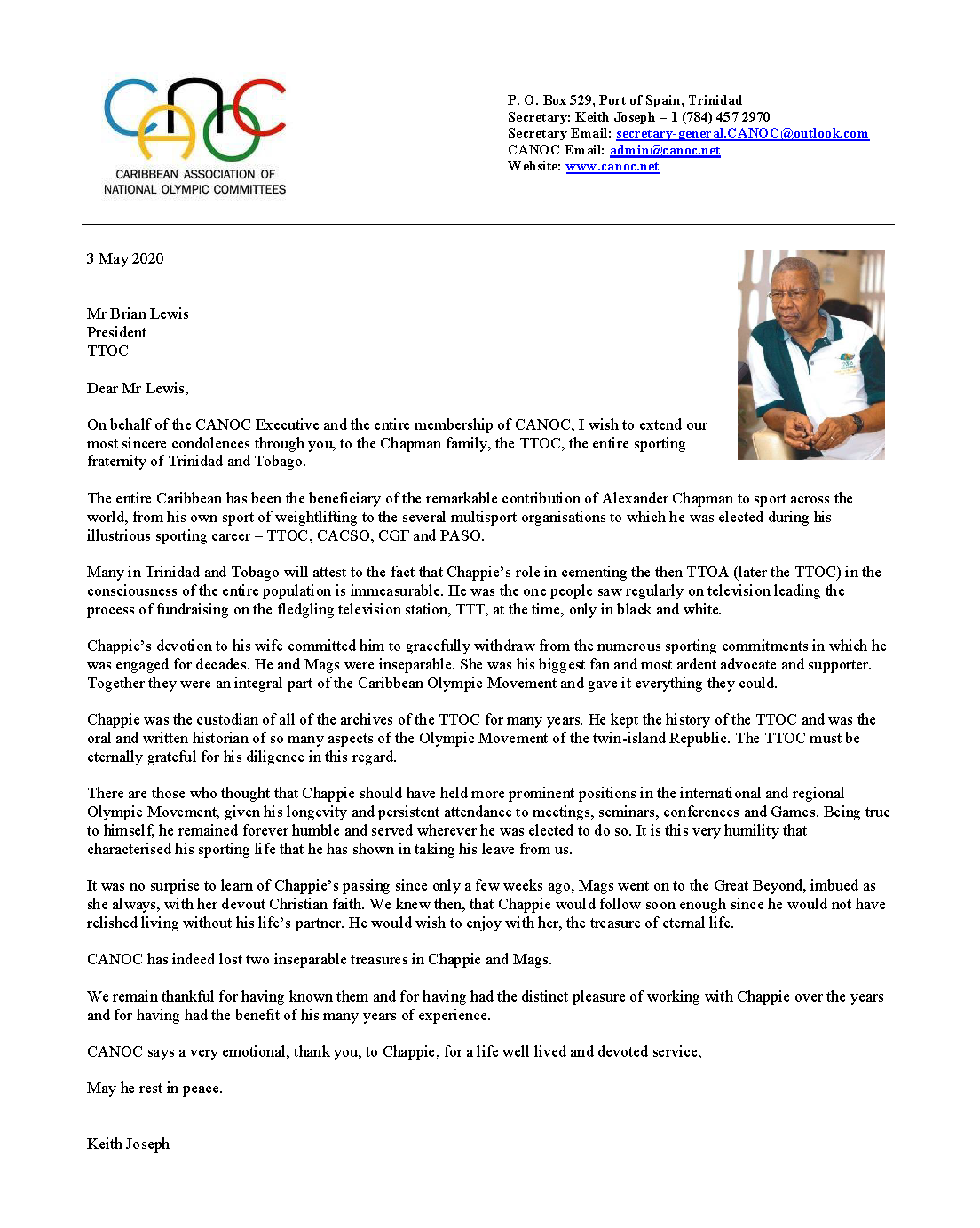 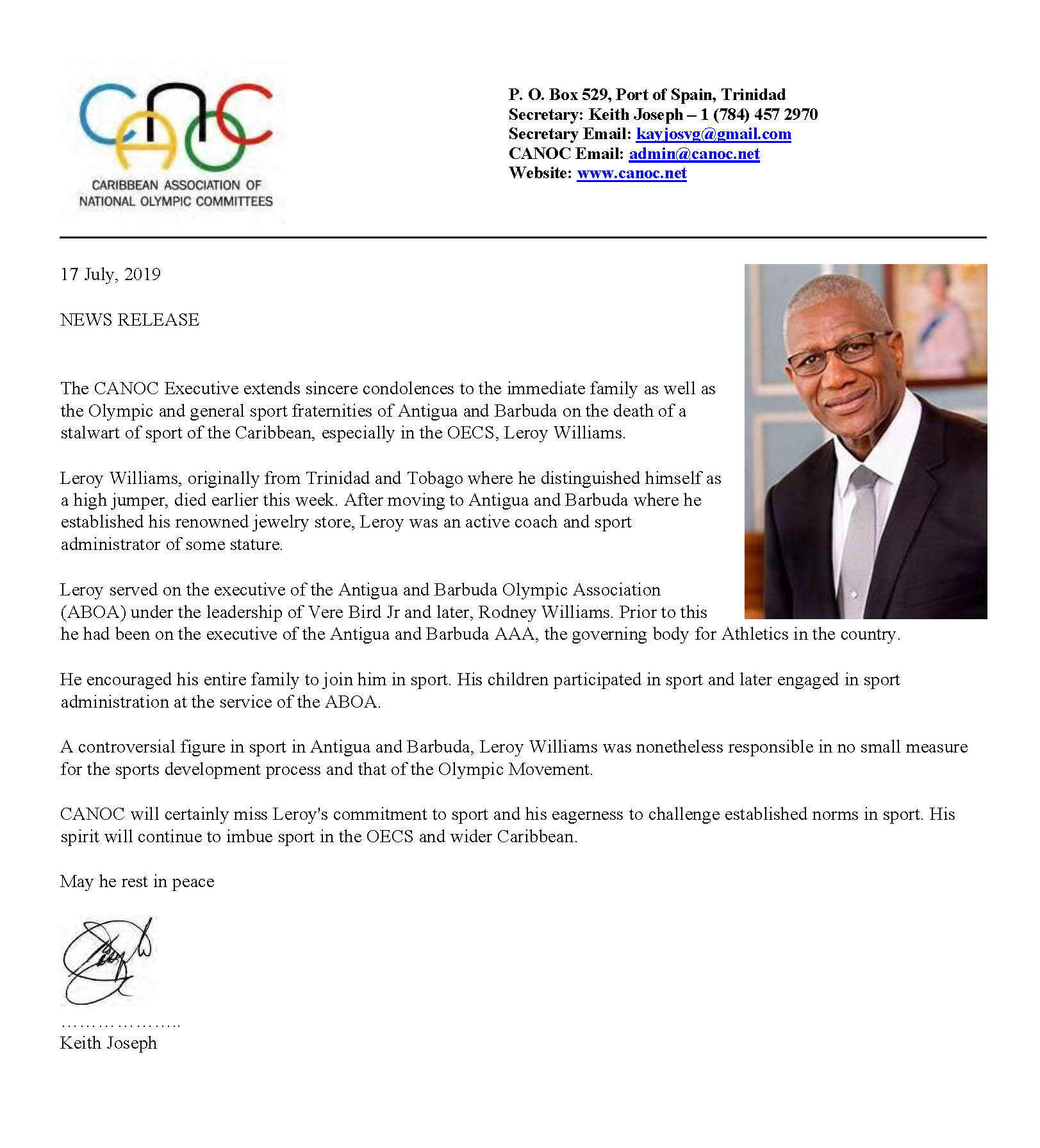 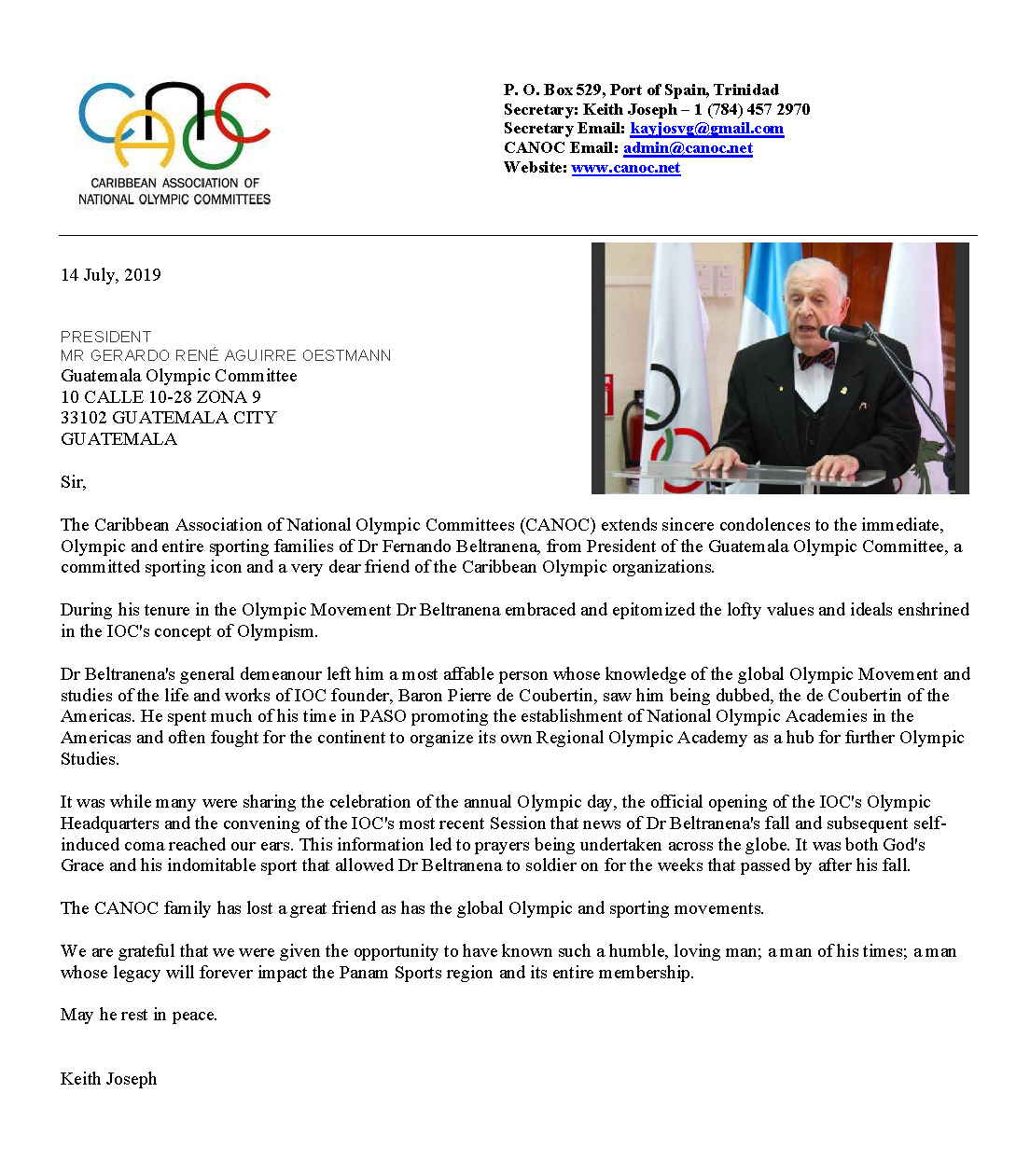 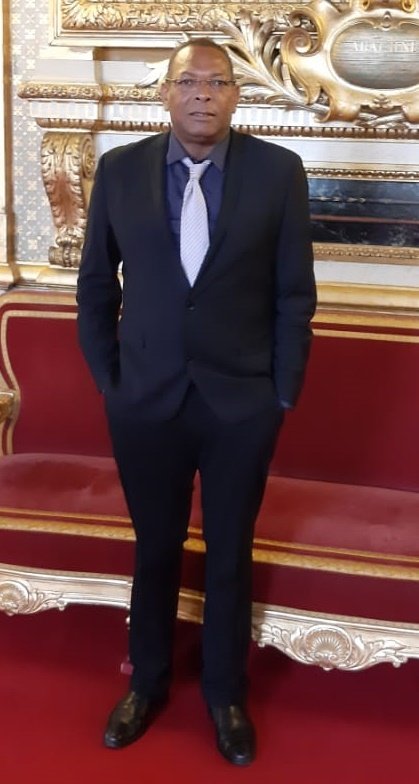 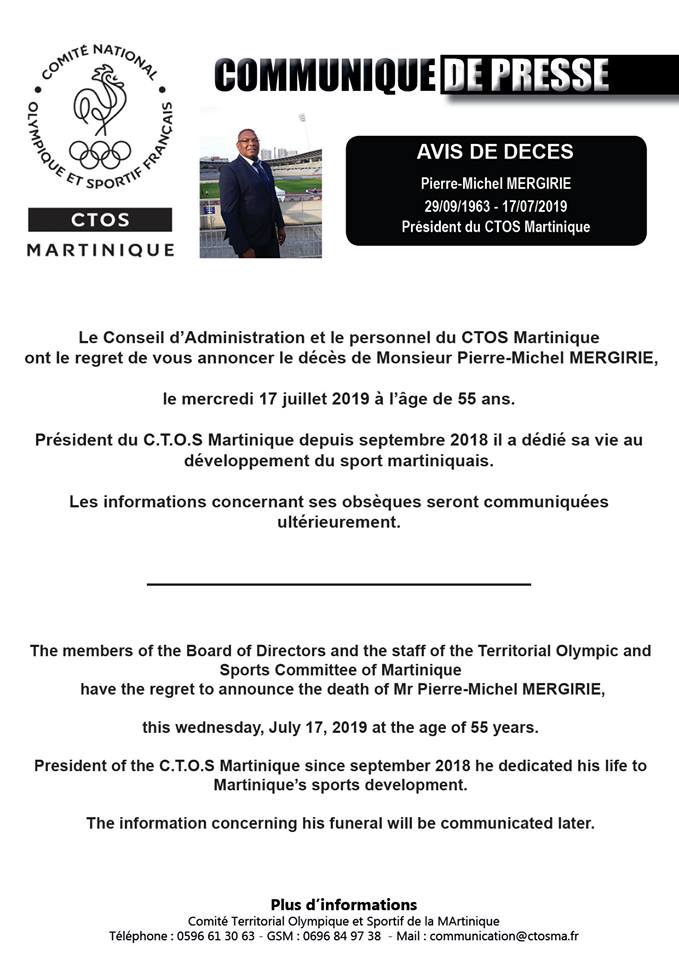 The entire sports fraternity of Haiti is mourning the loss of Alix Fils Aime, a friend to all.

Over the years he has been a committed Haitian son of the soil who has always been there for sport.

The Haitian NOC and entire sports fraternity will certainly miss our dear friend.

May he rest in peace. 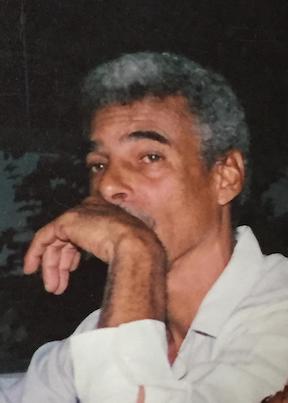 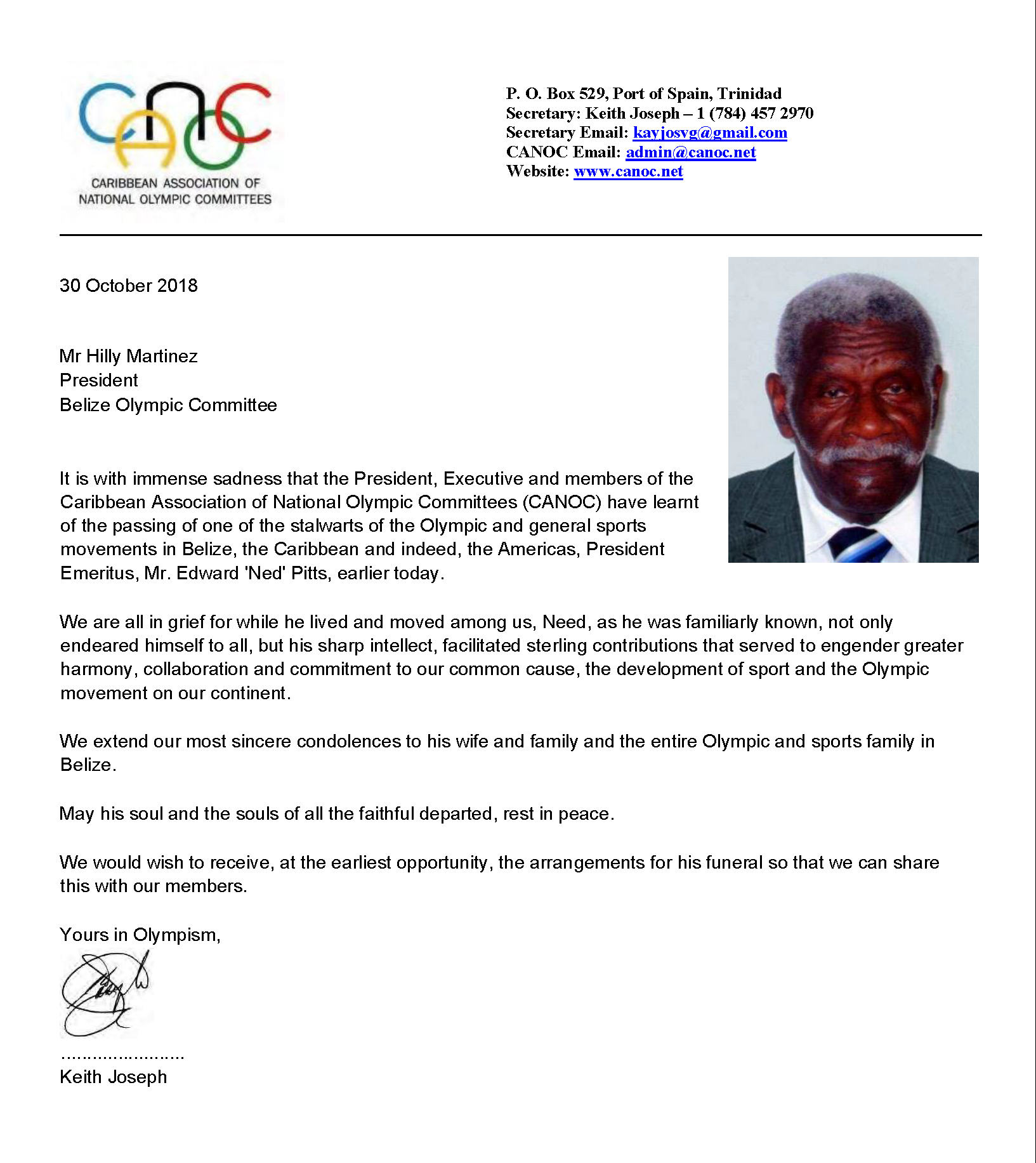 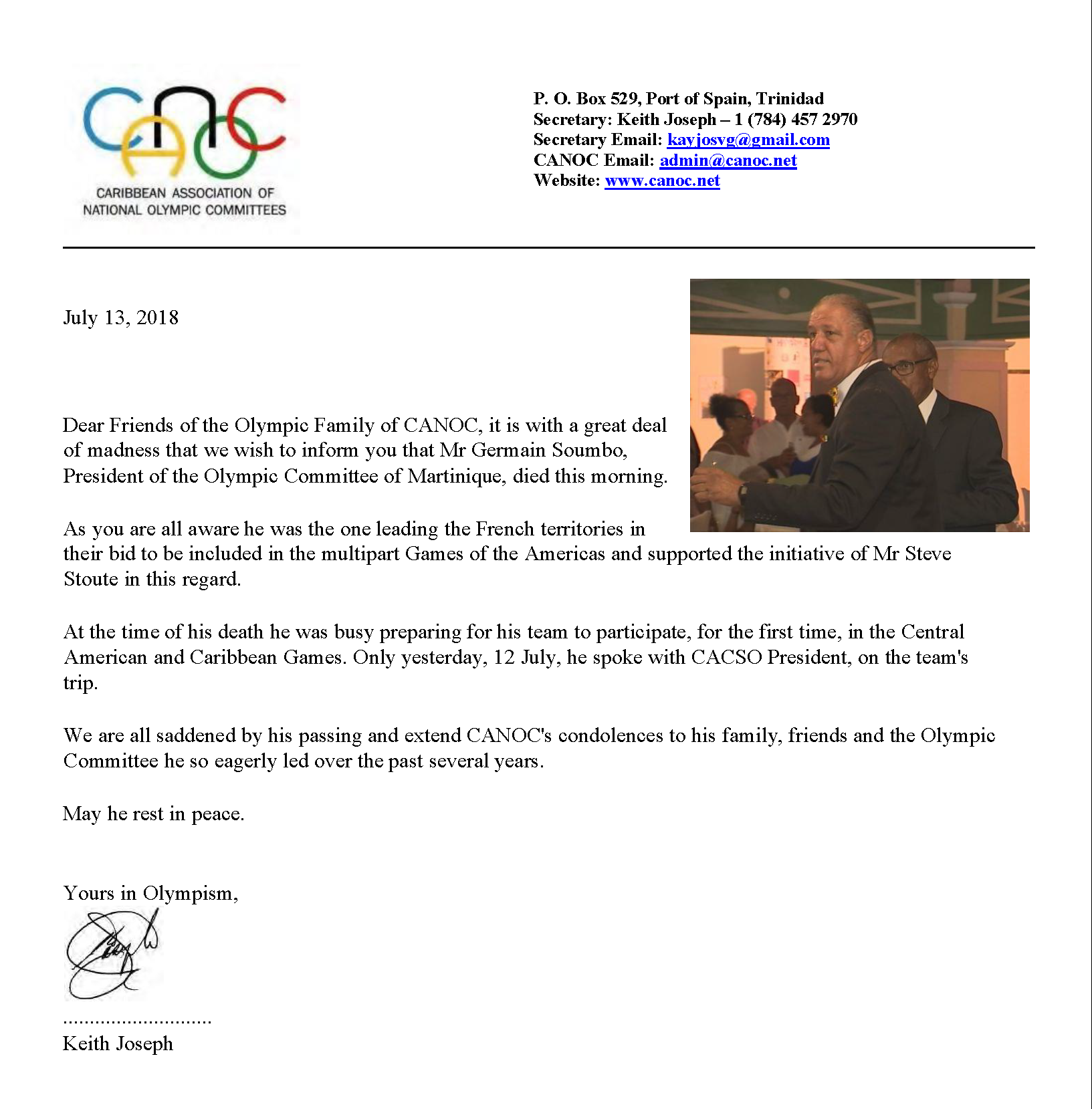 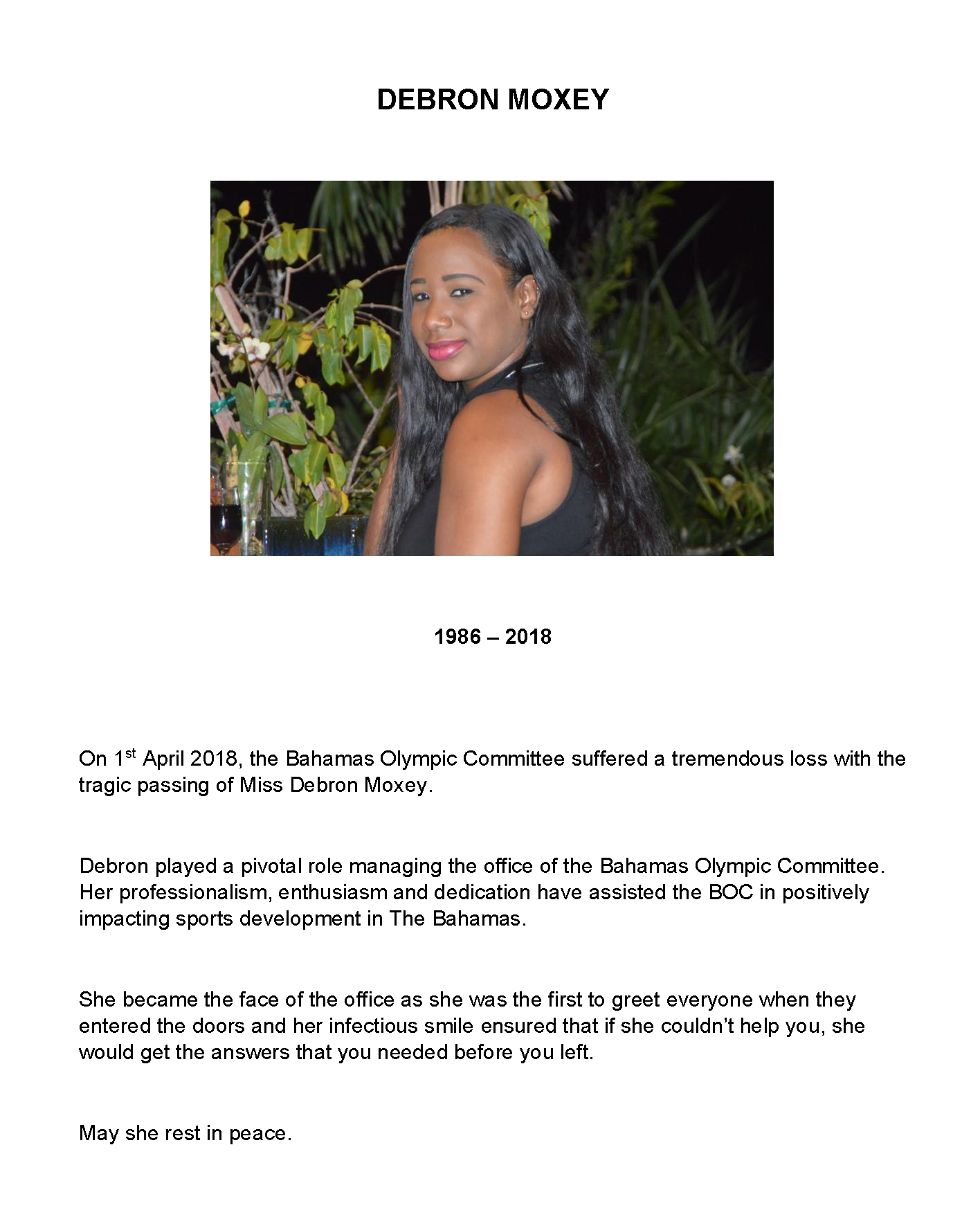 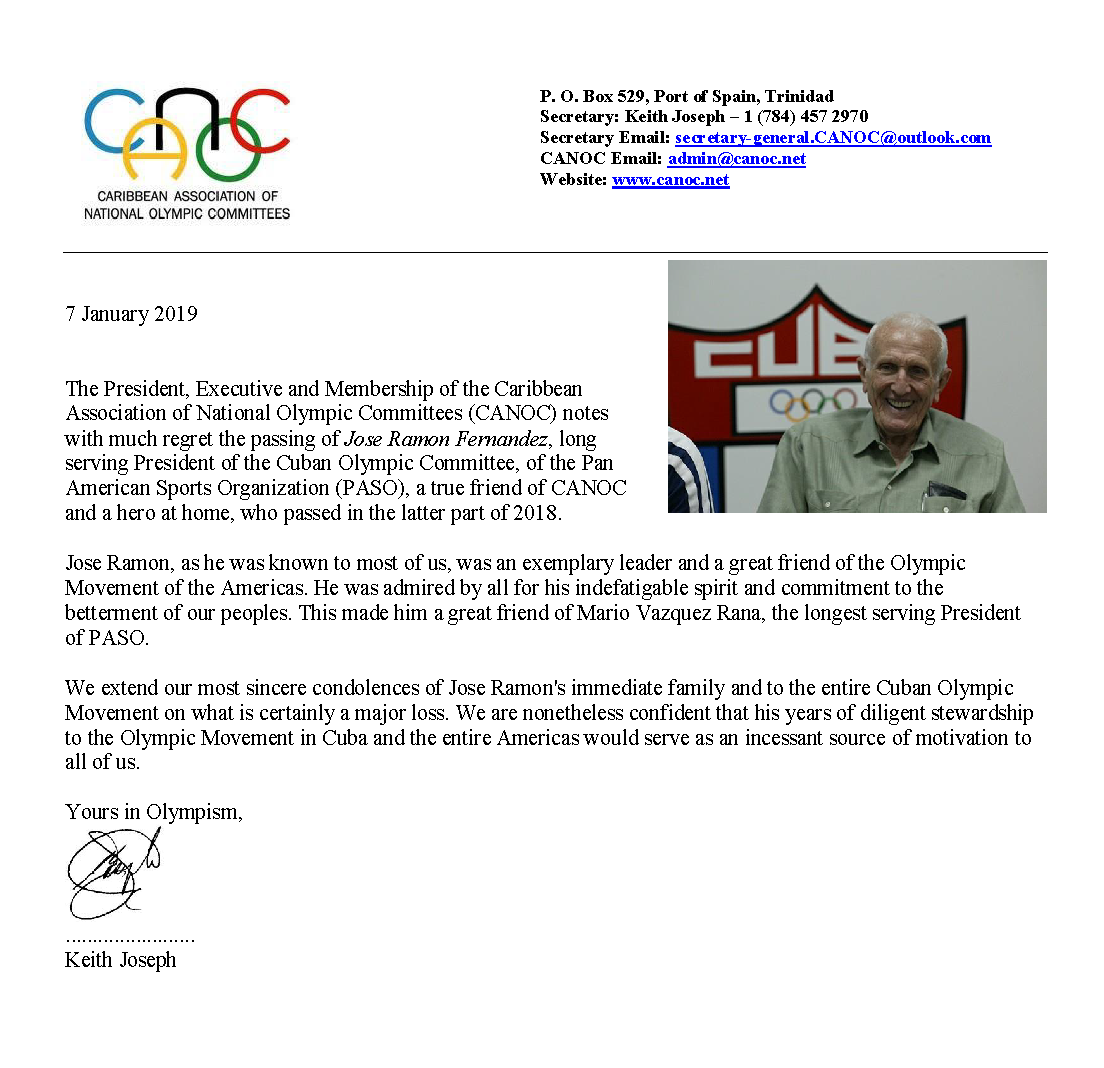